Here are some screen captures of gws: 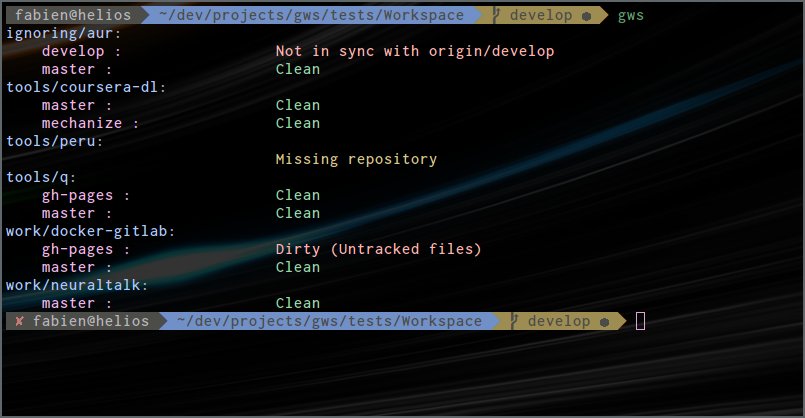 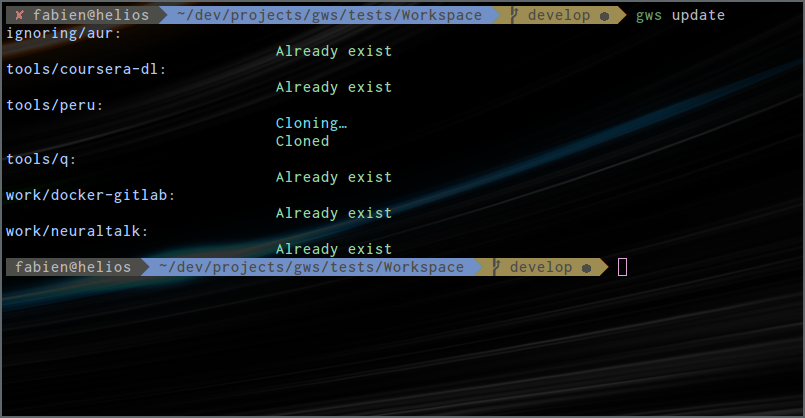 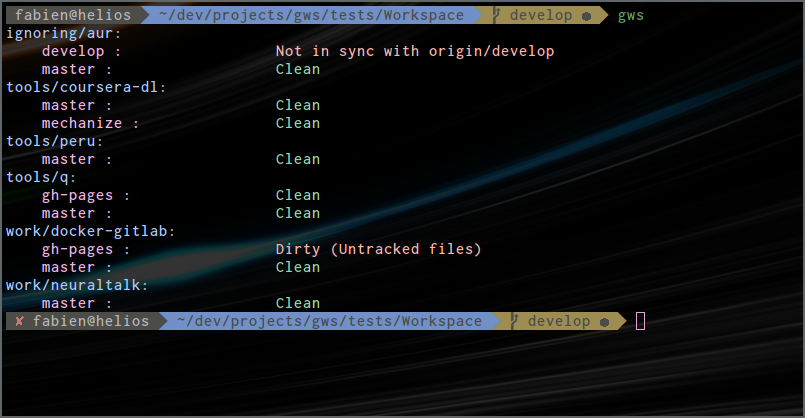 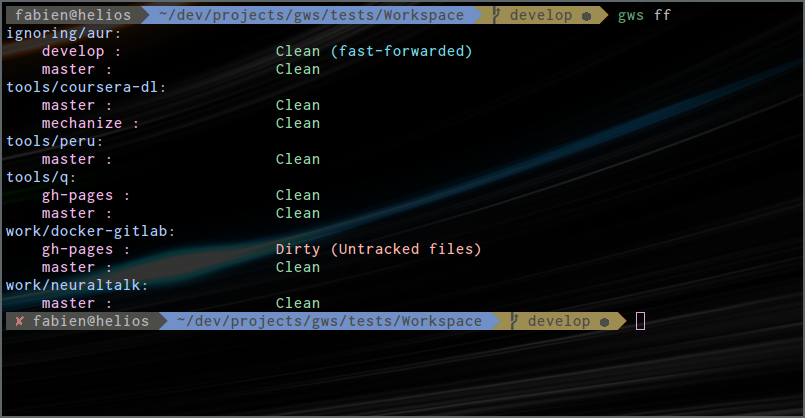 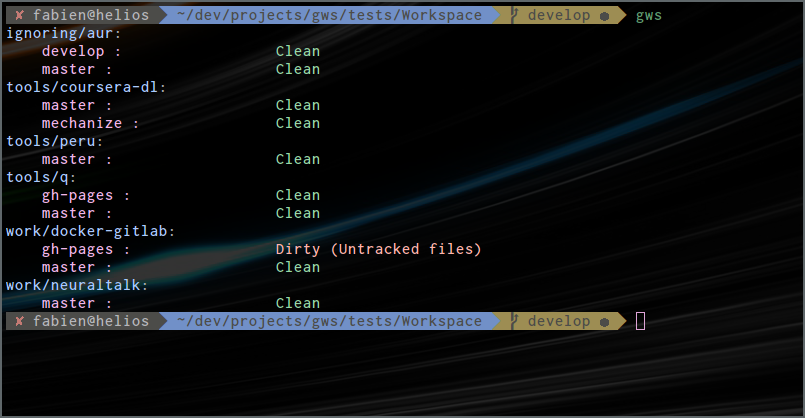 On a side note, I could also suggest you to have a look at peru which permits to keep files from different sources up to date with one command.

Let's say you made a ~/dev/ workspace folder and you created your .project.gws list in it. Then your workspace became really easy to replicate! Just make this ~/dev folder a git repository, add two files and commit them: .projects.gws and the following .gitignore:

Now, when you need to get your workspace on another computer, just clone the dev repository, for instance again to the ~/dev folder. Go into it and do a gws update. Everything is cloned and ready to be hacked!

If you are, like me, a Linux programmer/hacker/coder who uses heavily git, you certainly have a directory in your home folder named dev, workspace, code or something else that contains all the projects you are working on. For instance my current organisation is:

Since I use at least three different computers, one laptop, one at home and one at work, I like to have the same folder structure on all of them. Of course remembering which project was added recently on others computer and in which folder is tedious.

So I started to thing about using git submodules to register all projects on which I am working and syncing them with git between the two computers. But clearly git submodules are not usable because they are working on specific commit and are not following branches.

No worry. The problem is pretty trivial, so I decided to start write a little bash (YOLO) script that read a simple list of repositories, and clone them if they don't exist. And then, commit by commit, the script as grown to finally become a helper to sync, monitor and check workspaces.

I thought it can be useful to other people, so I made a little cleanup, write a small documentation, and there it is. I hope you will enjoy it!

This tool offers some functionalities, among which:

One project per line. Must be of the form:

This function is really usefull for ignoring locally some projects that are not needed nor accessible.

This project aims to stay simple. I will try to keep the project as alive as possible for a bash script, by correcting bugs and maybe some improvements. Also, maybe one day, if I have time, I will rewrite all this script in python or other more maintainable language.

Edit: It seems there will be a continuation of this idea, and it will be written in OCaml! I'll let you know if the project maturate! In any case this project will stay here for users who want something simple and portable.

Many thanks to these people for contributions: